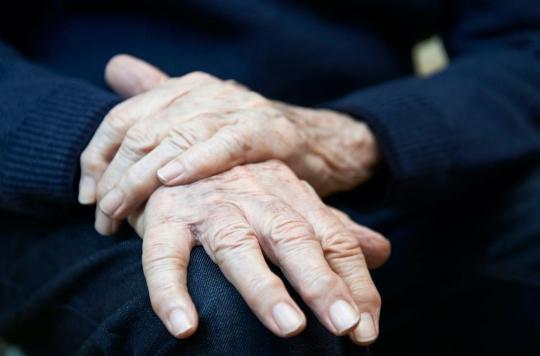 What Is Parkinson’s Disease?

Parkinson’s disease is a progressive nervous system anomaly. It affects various portions of the body, mainly mobility and cognitive functions. There are two major causes of this disorder: Genetics and Environmental triggers. It is widely believed that some individuals have genes prone to be affected by this nervous problem. It usually runs in the family through generations. Some environmental factors could also cause it, like air pollution and noise. This is the reason why people are advised to stay off any type of pollution.

Furthermore, there are some early mild signs which are associated with Parkinson’s. Some are sluggish movement, stiff muscles, precarious balance, slurred speech, poor handwriting, and noticeable tremors. Tremor (limbs shaking) is by far the most apparent symptom of these dreaded diseases. According to research, there are some risk factors associated with Parkinson’s: age, hereditary, gender (males are more susceptible to it), and exposure to poison like pesticides and pesticides.

It has been said that Parkinson’s ailment affects people between the ages of 60 above; however it has been found with younger people. Also, the elderly should stay clear of toxins of any kind. Compounds in toxins found on insecticides and pesticides are dangerous to the nervous system. Finally, complications attached to this disease are: forgetfulness, depression, sleep problems, an eating disorder.

What are the Benefits of CBD Oil for Parkinson’s?

Parkinson’s disease does not have a good cure for now. However, there are several medications that the FDA approves that can improve the condition of patients. Some advantages of CBD oil for this disease will be highlighted below.

According to pharmacists, there is a compound in CBD that reduces inflammation in the medulla. Most of the mobility issues in Parkinson Disease is linked to the brain; therefore, CBD compounds can minimize the effects.

Dopamine relieves pain in the body, while CBD promotes the production of much dopamine. It is widely researched that by using CBD moderately, the problem will be significantly reduced.

There are sedative properties found in CBD that can help Parkinson’s patients to sleep well.

CBD helps the GPR6 receptors to limit the limb shaking associated with this ailment.

Recent research done by medical experts in Brazil believes that the right dosage of this cannabis compound will significantly impede the progression of the ailment.

Patients with a speech impediment will notice a gradual improvement in their speech abilities. CBD can have a positive effect on the brain part that controls speech.

What is the right CBD Dosage for Parkinson’s?

The appropriate dosage of CBD may depend on the administration of the drugs. The CBD compound comes in four forms, which are CBD oil, CBD capsules, nasal sprays, and tablets.

Furthermore, dosage also depends on the size and height of the patient, severity of the ailment, individual body chemistry, and how potent the compound is. You could also make use of the plethora of dosage calculators available online.

Finally, the nasal sprays should be used moderately because it is very active due to its air administration. A little vap for the first day, and a slight increase after that will suffice.

This post has talked extensively about Parkinson’s disease and how the CBD oil can benefit a patient.