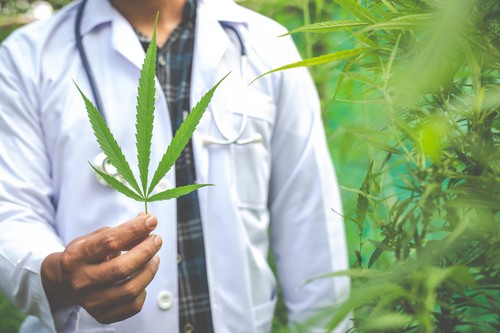 The famous cannabis plant, usually called cannabis or hemp, can produce hundreds of chemicals – the most famous is, of course, THC, which is the one that gives its users the sensation of being high, due to its psychoactive properties. Nevertheless, recently another chemical from the cannabinoid family has been making the news, and the compound is CBD or cannabidiol.

CBD itself is not a psychoactive chemical, thus not causing any type of intoxication. As opposed to marijuana, which is the type of cannabis that has a high content of THC, CBD is usually sourced from hemp, which is a strain of cannabis with very low THC levels, and with higher quantities of CBD. According to the law, any cannabis plant that has less than 0.3% of THC is considered to be hemp.

CBD is considered to be a smart molecule, which means that it is an adaptogen, a regulator, and a moderator. This means that CBD operates in a comprehensive and dynamic way, and it interacts with different parts of the body and the brain, offering a wide range of physiological effects, often beneficial.

Scientific studies have been reviewing the effects that CBD has on different illnesses and health conditions, and have found that it tends to act as a promoter of homeostasis, tending to reduce inflammation and decreasing blood pressure. These studies have also revealed a close relationship between CBD, the central nervous system, the endocannabinoid system, and various neurotransmitters. Thus, even though CBD is not psychoactive like its cousin THC, it can have a positive effect on the mood by acting on serotonin receptors, regulating anxiety, and also providing aid in depression symptoms.

As mentioned before, CBD interacts with many receptors found on the brain and body, but its main interaction happens with the endocannabinoid system. This system is an agglomerate of receptors that are found on the brain and body, being the main regulatory system of the body. Due to this, CBD also communicates and interacts with virtually all other bodily systems, such as organs, autoimmune system, among others, in order to keep the body in a healthy and balanced state.

Although there is still more research to be done on how CBD affects the body, the current discoveries have already implicated how the endocannabinoid system is a crucial component to one’s’ health. It is a very active system in almost all disease states, and therefore consuming CBD will target this system through various mechanisms, having a potential benefit towards the decrease or relieving of certain health conditions.

The effects and benefits of CBD, including CBD flowers, vary based on the condition that the person ingesting it has. Many people have reported that this cannabinoid chemical has a positive effect on conditions such as anxiety, depression, PTSD, seizures, chronic pain, and even IBS.

The list of benefits that people have received from CBD is quite long, but as with everything, every person is different and will have a unique response to any new botanical supplement. Thus, the only way to find out if CBD will work for you is to try a small dosage of it and see which benefits you can feel.