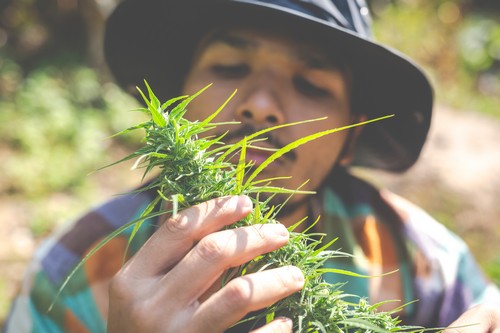 Long story short, yes, CBD is legal on a federal level. This decision has officially legalized hemp and all hemp-derived products, such as CBD flowers. Since December 2018, that most states have allowed the sale, purchase, and use of CBD products, however, states can still pass their own regulations and ban CBD flowers.

Considering that the US is such a wide country, it might be tricky to keep up with all the legislation regarding CBD in the country.

The legality of CBD is not only affected by the state law itself but also how the product was made, as well as the intended use consumers want to give it. Most products which are sourced from CBD hemp are legal in the vast majority of states, however, CBD products can also be made from marijuana-based CBD, which still remains illegal in some states.

Therefore, even if the CBD product is marijuana-based and intended for medical reasons, it might not be legal in your state.

The fact that products sourced from marijuana include THC, which is a psychoactive compound, some states have deemed it illegal. You should be careful when purchasing products online, including CBD flowers, to ensure that the sourcing and origin of the product are compliant with the regional law of your state.

Below you will be able to find a quick list where you can check if the hemp-sourced and marijuana-sourced CBD is legal in your state or not. Please note that some States are in a bit of a grey area, and these particularities will be explained after the table.

Medical marijuana is legalized in Arizona (Proposition 203, 2010). However, the courts have interpreted the law to exclude cannabis extracts, as well as CBD, since Arizona law still defines cannabis as separate from marijuana. Due to this, some individuals who are approved to take medical marijuana have been charged with a criminal record when they have naively purchased CBD products.

Along with Idaho and Nebraska, South Dakota has the strictest laws on cannabis in the country. The state doesn’t have a medical marijuana program or an industrial hemp pilot program. South Dakota passes SB 95 in 2017, which requires that medical CBD products are approved by the FDA in order to be considered legal. At the moment, there is only one drug which makes the list – Epidiolex.